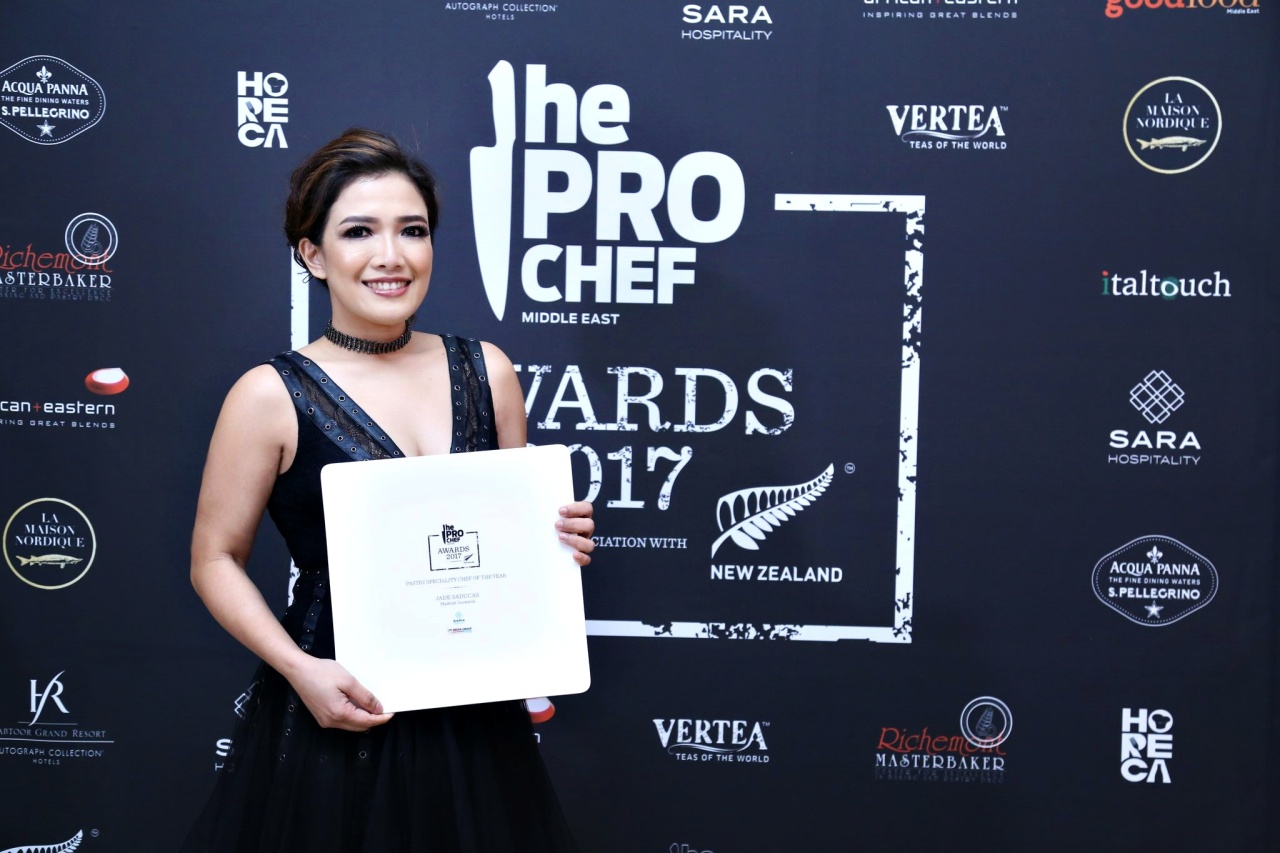 I was actually thinking twice to attend this award because I am not used to socializing anymore. Aside from I gained weight, finding a dress was such a big issue for me. Every time I compete, weight is in big trouble 🙂 When I was in Italy and Switzerland,  just a few weeks before the awarding and thought about this event, hmmm it was still a no-no but a few days after I arrived in Dubai I just brushed it off and said who cares! let’s join the pack and give it a shot! we only live once! 🙂

It was a bit awkward as I walked through the door and saw unfamiliar faces. Was delighted to see a few of my friends, some fellow chefs from Madinat and Atlantis. As we started talking to each other then I felt a little lighter and was able to breathe 🙂

Anyway, when my name was called,  I was so delighted and grateful. I’ve been through a lot lately and God is so good. What a gift! Another one aside from the one I got at Cake Designer World Championship in Italy. I never really expected to win this as I was lined up with great Chefs who have been winning this award many times. Being the only woman I guess on the list and winning it, it was such a great honor that somehow I was given a chance and my efforts were being recognized.

Thank you ProChef Middle East for recognizing my efforts and contribution to this industry.